Fibroid Bleeding: Can Fibroids Cause Bleeding?

Fibroid bleeding is the most characteristic symptom of uterine fibroids. If fibroids are not treated, bleeding gradually increases over time, which can lead to anemia (a decrease in the amount of hemoglobin in the blood) in many cases.

Heavy menstrual bleeding (HMB) is a significant health issue that is impacting 20% – 50% of women. It is defined as “excessive menstrual blood loss which interferes with a woman’s physical, social, emotional and/or material quality of life” (according to National Institute for Health and Clinical Excellence).

Uterine fibroids are a tumor, the formation and development of which largely depends on the state of the body’s immune and hormonal systems.

At the same time, fibroids do not contain cancer cells, this is a benign tumor that can be successfully treated.

Uterine fibroids are very common in women and the most common reason a hysterectomy surgery is performed in the United States. Most often, women agree to surgery precisely because of heavy bleeding, not knowing that they have alternative treatment options. One of them is a non-surgical UFE procedure that eliminates fibroids quickly and safely. 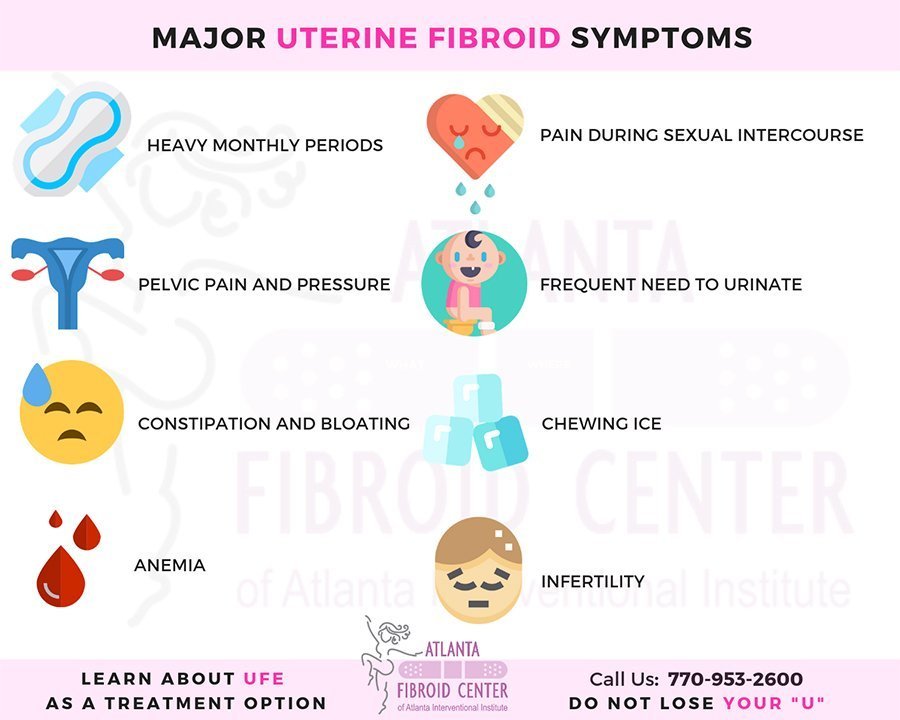 Often the onset of the disease is asymptomatic. And fibroid bleeding is one of the first fibroid symptoms.

Fibroid bleeding occurs at any stage of the disease. Main causes are:

– the rapid growth of tumors;
– reduction of uterine contractility;
– fibroids are located under the mucous membrane or in the muscle layer of the uterus;
– increase of the reproductive organ in volume;
– the decrease in elasticity and tone of blood vessels.

The phrase “fibroid bleeding” can mean different conditions, for each of which there is a medical term:

Menorrhagia is long, heavy periods that last longer than a week, during which a woman loses more than 80 ml of blood. They occur regularly, at approximately the same intervals, like regular menstruation.

Metrorrhagia is irregular bleeding that occurs between menstruation.

Polymenorrhea is periods that recur in less than 21 days.

For uterine fibroids, irregular, painful, abundant and long periods are most characteristic. These symptoms are most pronounced in reproductive age.

⇒Related: How to Choose the Right Maxi Pads for Heavy Periods

During menopause, they usually pass (but not at all), since the level of hormones in the body drops, and fibroids nodes are reduced in size.

Fibroid bleeding can lead to anemia. Due to constant blood loss, the level of red blood cells and hemoglobin decreases.

A woman constantly feels tired, becomes pale, headaches and dizziness disturb her. Sometimes the appetite changes and the woman wants to eat inedible things – for example, she may want to gnaw a piece of chalk.

The brain of a woman suffering from anemia is constantly in conditions of oxygen starvation. There is “fog” in the head, the quality of life decreases. The appearance of a woman is getting worse. And all this because of fibroids.

How to Stop Fibroid Bleeding

To stop the bleeding and normalize periods, a woman needs to eliminate the cause of the problem. Everything else, including taking iron and painkillers, is only temporary relief. Symptomatic fibroids are a direct indication of treatment.

Previously, women suffering from fibroid bleeding had only two options available: removal of the fibroids (myomectomy) or the entire uterus (hysterectomy). “No uterus – no bleeding – no problem.”. But there are some huge risks and complications with any surgery.

This is a unique, minimally invasive procedure that allows you to save the uterus, even in those difficult cases when there are all indications for its removal. Today, UFE is absolutely effective and is the only worthwhile alternative to hysterectomy for patients interested in childbirth.

Having addresses fibroids, many women find a new life without bleeding, anemia, and other symptoms. 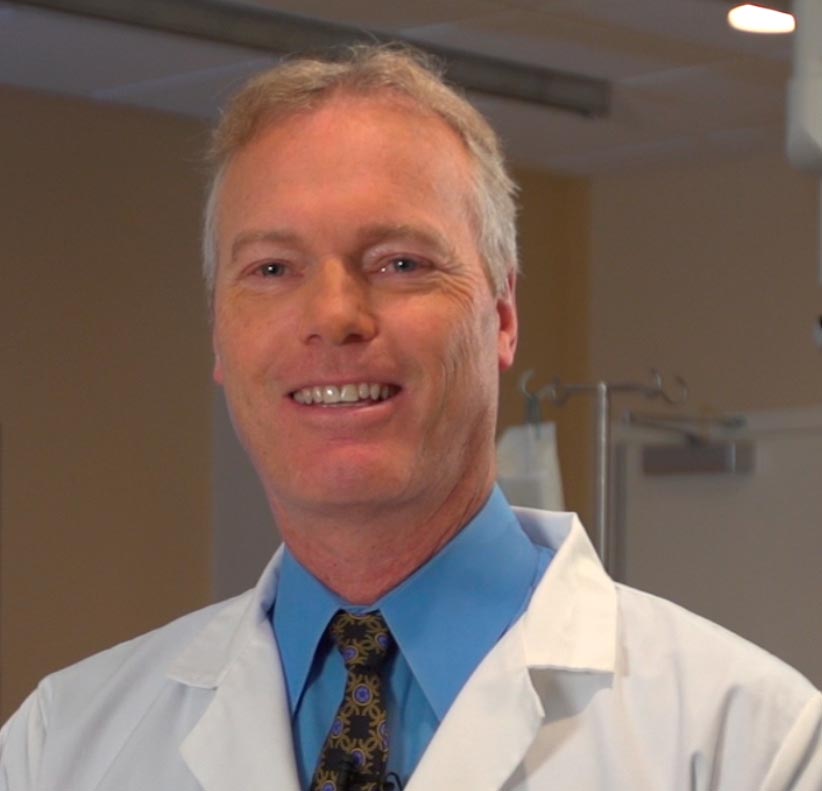